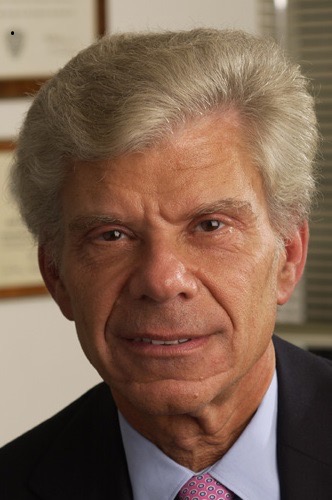 Myron D. Goldberg, MD, is one of New York’s leading gastroenterologists. With more than thirty years of medical practice in the Tri-State Area, he provides privacy, professionalism, state-of-the-art facilities, and an exemplary safety record for every patient he sees. Dr. Goldberg received his MD medical degree from the Albert Einstein College of Medicine in New York. He completed post-graduate residencies in Internal Medicine at Montefiore Medical Center and Lenox Hill Hospital. He then served two years voluntary active duty in the USAF medical Corp. After his honorable discharge he went on to complete fellowship training in Gastroenterology at Columbia Presbyterian Medical Center and Lenox Hill Hospital.

Dr. Goldberg served many years as a Clinical Assistant Professor of Medicine at New York University Langone Medical Center. He now limits and maintains affiliations with the Lenox Hill Hospital and the Mt. Sinai Hospitals in NY. Dr. Goldberg is currently a senior attending physician at Lenox Hill Hospital where he served as the interim Chief of endoscopy for several years and as Associate Chief of Gastroenterology for over ten years.

Gastroenterology is a subspecialty of Internal Medicine that deals with disorders of the digestive system. A gastroenterologist, like Dr. Goldberg, is a physician who has extensive training in the diagnosis and treatment of disorders related to the esophagus, stomach, intestine, liver and biliary system.

Dr. Goldberg is board certified in both Gastroenterology and Internal Medicine by the American Board of Internal Medicine (ABIM). The ABIM is a physician-led, non-profit, independent evaluation organization driven by doctors who seek to achieve higher standards for better care in a rapidly changing world.

He is also a Fellow of the American Society for Gastrointestinal Endoscopy (FASGE). The ASGE is a leading medical Gastroenterology society that focuses on gastrointestinal endoscopy. The ASGE has recognized Dr. Goldberg as part of its “Endoscopy Unit Recognition Program” specifically dedicated to promoting quality in endoscopy in all settings where it is practiced in the United States. Dr. Goldberg’s ambulatory endoscopy center (West Side GI) was one of the first of 200 endoscopy units to be granted this prestigious recognition award in 2009 for “Promoting Quality in Endoscopy.” West Side GI (WSGI), has continuously maintained that designation.

In addition to being recognized by the American Society for Gastrointestinal Endoscopy for his excellent standards, Dr. Goldberg has also received the Physicians Recognition Award with Commendation from the American Medical Association.

Dr. Goldberg is the author of “The Inside Tract: The Complete Guide to Digestive Disorders,” published in 1982, and he has written and published many articles that have appeared in prestigious peer-reviewed Gastroenterology journals. He has accrued numerous accolades throughout the course of his impressive career.

Dr. Goldberg is one of the top providers of endoscopies and colonoscopies in New York.